Somewhere in Eastern Europe where there’s nothing but unending cold and an Internet connection, a middle-aged man sat in his mother’s basement at a computer. He was short and balding. A beer belly poked out of his thin frame. He wore heavily rimmed glasses and a ratty t-shirt from a bat mitzvah in the 1980s.

He had not changed his clothes in over a week. Empty soda cans and candy wrappers littered the desk around his computer. A six-pack of beer lay within arms reach, but as yet untouched, waiting for his victory. He leaned forward with a knowing smile. All his work over the last week was coming together.

He was known online only as F00lzAu at seventeen when he’d chosen the moniker he’d thought it a witty way to say Fool’s Gold. When you’re seventeen anything using the periodic table seems unique and witty. Now he thought it was stupid, but he’d made a name for himself with it, and like a bad tattoo or a benign tumor it could not be removed without pain.

He hadn’t changed his clothes in a week because he was working non-stop on a project, hacking into the computer of a network engineer who’d given him trouble in the past. This vendetta was personal. This was a revenge and humiliation project, but lucky for F00lzAu the engineer had just moved to a new company, a bank whose network transacted millions of dollars a minute, so much that a little skimmed off the top would never be noticed. Plus there was the challenge of it. It had been a long time since he had been challenged.

State of the art encryption, triple checks, and network sniffers constantly looking for errant traffic. Normally he’d sidestep most of that with a simple call to their help desk pretending to be a user who’d forgotten his password, but this time he wanted to embarrass the network engineer, show the engineer that no matter how good the engineer was, he couldn’t stop F00lzAu. So he’d spent a week straight calculating every attack vector possible and had already set in motion a wide array of automated attacks. He’d pulled his six hundred thousand strong botnet off of the usual, lucrative spam messages and unleashed their fury on the bank’s infrastructure to crack passwords, overrun servers, install malware and otherwise penetrate as far as possible.

He’d cracked about a thousand accounts, mostly low-level employees with none of the access he needed, but he’d also cracked the CEO’s account. The IT team seemed to have anticipated this though and only gave the CEO access to things he couldn’t screw up. Reading the CEO’s email, however, gave F00lzAu several clues about the company’s internal structure and culture, leading to several more possible weak points.

He scratched away at the corporate monolith in every direction. Finding a crack here, some purchase there. Always digging, never going very deep with any single attempt but steadily chipping away wherever possible.

All of this work, the multi-tiered attacks, the password crackers and malware installation finally paid off. He unlocked the network engineer’s password. When he saw it in clear text, he stopped. He ran his fingers through his fading hair and looked down at the smiling caricature of a girl who’d reached maturity thirty years ago. He cracked his neck, shook out his limbs, and methodically shut down the automated processes he had running. He picked up the six-pack and placed it in the trash, then, grabbing a coat, he walked out the door into the cold, dark night. 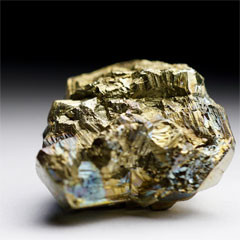