At first we did not appear to him. We were in our hiding places; we were inside the boundary and that was enough. We slept for days and days. But we woke up, one-by-one he shook us out of his coverings or swung us off the wood cylinder. He did not know. How could he? We did not show ourselves and he was too young to perceive, too immature to understand. And so we waited until his magic showed. And there we fed. We ate away his magic, we ate away his caution, we ate away his ignorance. We did not force ourselves. We followed. 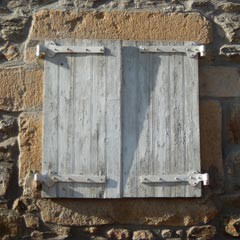