With Keel’s help they shut off the M-coder. Rille wanted to destroy it, but Gideon stopped her. “We get you out and then we turn it back on.”

“Because these people can’t handle another attack.”

“You think an M-coder will solve their issue, marking my kind so they can be hunted?”

“No, but if you take a shepherd’s bullets away without telling him, what’s he supposed to do when the wolf comes?”

“So, you don’t take his bullets away? Really?”

“Keel, these things have an autodestruct?” Gideon asked pointing at the M-coder.

“One last thing. How high can you set the timer?”

“Spill,” Rille said. She’d been waiting for him with her arms crossed.

Gideon walked past her.

Rille fell in behind him. “Come on.”

“Keel set the set the self-destruct on the M-coder to six months, and I’ve explained the situation to Rodgers. They’ll need to find a new way to protect themselves.”

“That’s not what I was talking about.”

By this time they’d reached the kitchen and Gideon had pulled out a protein bar.

“We’re gonna drop Keel off,” Gideon continued through bites and while he walked out of the kitchen, “at the nearest Colonial Federation hub.”

“And what if I don’t give you a location?”

“And what if I get off with Keel?” she asked.

“Which way do you want it?”

“Whichever way gets me to not answer questions.”

“I’d almost forgotten about my questions.”

“Who was your son and why was he tangled up with that Vasppoocher?”

They had reached the bridge and Gideon stopped and turned to her.”

‘I thought he was dead,” Gideon said. “He and his mother were lost more than a decade ago in a Ftharan raid on an outpost near Criminey. Now he’s part of an intergalactic crime syndicate.”

“Having a lawman in your pocket, even a former one can be lucrative. You can get him to look the other way when your shipments come in and look dead ahead when your competitors’ do. He hoped my filial affection might help him curry favor with the bosses.”

“What any father would.”

“You’re not just any father.”

Gideon sat down in the pilot seat.

“You wanna find him?” Rill asked.

“Then,” she said, “you better let me navigate, Starry.” 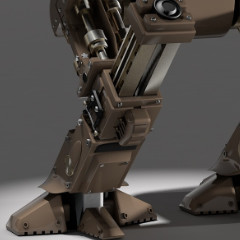