Hank flicked lumpy muffin mixture into tiny baking cups. He shoved the pan into the oven and turned his head toward the living room. Raising his voice to be heard over the TV, he shouted, “Turn that old cartoon off already. You’ve got to get going.”

Hank didn’t approve of Jimmy watching TV, and he liked Jimmy’s choice of programming even less. The Miscellaneous Adventures of The Valiant, based (loosely) on the true story of a hero who’d fought crime in their own city. The content of the show was all right. But Hank, who’d witnessed The Valiant’s heroics firsthand, remembered The Valiant as a hero who’d betrayed his heroic ideals. A hero who’d vanished when the city needed him most. Hank wanted a better legacy for his eight-year-old grandson.

Jimmy ran and jumped at Hank with a karate chop and a mighty “Hi-ya!”

“Crime doesn’t pay!” Jimmy yelled as he ran out the door to the bus.

“Neither does being late,” Hank called after him from the doorway.

Jimmy ran down the front walk, jumped over a mud puddle, and landed on the lowest step of the bus entrance just after the last kid had cleared it.

“That should worry you,” Hank said.

“Oh, come now.” She play-punched him in the arm, then took the arm and put it around her shoulders. “You’re not a bad guy.”

“I’m glad your mother’s not around to debate that.”

Sarah laughed, then looked at her watch. “Oops. Gotta go,” she said. She slipped under his arm and headed into the house. “I’ll be late tonight. I’ve got class.”

“You better.” She kissed him on the cheek as she passed him again on the way to her car.

Hank waved good-bye. He walked back into the house where he heard the TV still blasting The Valiant’s theme song. He stepped into the living room and picked up the remote. He clumsily turned off the on-demand cartoon and went back to what he called “regular” TV. As he stood there fiddling with the remote, a special report broke in. During excavations for a new shopping mall in the old warehouse district, construction workers found the decades-old remains of a body.

Hank took in a long breath. He wrinkled his nose and sniffed.

“My muffins!” he shouted and ran into the kitchen. 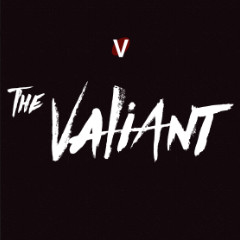