The man entered the expansive room slung between two guards. He was haggard, worn and beaten. Blood flowed from a fresh wound on his forehead, brown blood caked in his ragged beard. The guards placed him on the pedestal where he crumpled to the ground. He brought his hands up weakly to shield his eyes from the spotlights.

A rumble of anger rolled through the audience.

The magistrate stood up from his desk. He held up his hands for silence. The murmuring of the audience died down. The man’s labored breathing filled the hollow room.

“How do you answer?” the magistrate asked.

The man did not speak.

“You know the charges… the crimes committed.” The magistrate looked at the audience, then back at the prisoner. “How do you answer?”

Still the prisoner did not speak.

The magistrate picked up a sealed envelope from the table in front of him. His anger rose as he passed the envelope back and forth from one hand to the next. “Murder? Treason? They’re all here,” he said to the man but holding up the envelope to the crowd. “Everything you’ve done. Everything you’ve thought. Every dark room dream and filthy word are contained in this envelope. Did you think you could get away with it? Did you think we wouldn’t know?” The magistrate’s voice reached a crescendo, and he screamed with anger “How do you answer?”

The man took his hands from in front of his eyes. With slow, shaky determination he got to his knees and then to his feet. His deep green eyes, weak but piercing. “I…” the man said with a voice as shaky as his muscles. “I forgive you.”

“I forgive you,” the man said.

“You propose to forgive me? What have I done?”

“You are making a fool of yourself.”

“You misunderstand your circumstances.”

“Every dirty thought, every cruel deed…”

“Every item that you took that was not your own…”

“Every beaten child, every abused wife, everything you have ever done or will do.”

“I have heard enough,” the magistrate shouted. “By the power vested in me as Humanity’s Judge, I confirm your guilt and sentence you to execution.”

The guards who had brought him in stepped to each side of him. The one on his right said, “I’m sorry.” He took a syringe of clear plink fluid and plunged the needle into the vein of the man’s arm.

“I forgive you,” the man said. Then his eyes rolled back in his head and he shook. He shook himself out of the guards’ grip and fell to the floor of the room with a “thud.” After a moment, the shaking stopped and he twitched fretfully for a few minutes before ultimately laying still.

“There you have it,” the magistrate said. “Justice.” 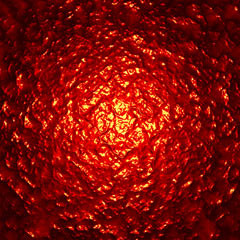