Due to its proximity to a large metropolitan area, lenient laws on citizen crime fighting, radioactive waste seeping out of the public landfill, a score of mystical objects buried there and a hero or two from the area who became ridiculously rich and famous, Briggs County became the hero capital of the world with citizens of all stripes (super powered or not) trying their hand at hero work.

Some of these heroes found fame and fortune lacking or in other ways became unsatisfied with their work and turned towards less legal pursuits. The major hero residents of the county usually handled the major villains, but many minor villains and frustrated heroes could do quite a bit of damage without hitting a major hero’s radar. The Briggs County Police Department created a special unit, the Hero Behavior and Tracking unit (HBAT), to track minor heroes and discourage a turn toward villainy. These are just a few of the minor heroes who call that county home.

Hero Name: Captain Dismal
Real Name: Samuel Mope
Power(s): inducing sadness and/or melancholy in others (it is unclear whether this is a real power or just comes naturally from his personality)
Known Weaknesses: joy and mirth
Catchphrase: Don’t worry, I’m here to… Wait, you really should stop there’s already lots of things that are terrible in the world like…
Currently Active: Yes
Origin: After one tale of particular woe from Samuel at the office water cooler, a coworker exclaimed, “Gosh, Samuel, It’s like you have a mood killing super power.”
Notes: He’s only happy when he’s depressed. Probably the only thing that would turn him evil is success.

Hero Name: Miss Urable (originally spelled “Erable” but too many pronounced it “arable”)
Real Name: Sunny Lightfoot
Power(s): telling long, sad, angry stories that, like a car crash or a train wreck, you just can’t look away from.
Known Weaknesses: cheese and chocolate
Catchphrase: Evil beware, depression is nigh.
Currently Active: Yes
Origin: Unknown, but rumors suggest a series of high school reunions that did not go well.
Notes: In her early career she worked extensively as Captain Dismal’s sidekick then went out on her own for a while before teaming back up and rebranding themselves as the Downer Duo.

Hero Name: Colonel Clash
Real Name: Jim “Eyesore” Collins
Power(s): super ability to mismatch colors (though color blindness has been suggested as a source of his power, all tests for such a condition have come back negative) Often distracted villains with his bad taste while other heroes saved those in distress.
Known Weaknesses: other people’s opinions
Catchphrase: Cover your eyes, criminals!
Currently Active: No
Reason: Deceased
Origin: After Jim lost his job as a fashion focus group (anything he liked they immediately removed from stores and burned) he had nothing to do and decided to give heroing a try.
Notes: Tried, unsuccessfully, to start a super group called the “Fashion Police”. Most heroes he approached about the idea suggested that he, Colonel Clash, would be the super group’s natural enemy and further talks stalled due to laughter. Killed in the line of duty on a mission requiring camouflage.

Hero Name: The Grey Widow
Real Name: Drusilla Smith
Power(s): deep melancholy
Known Weaknesses: therapy
Catchphrase: *the sounds of weeping*
Currently Active: Yes
Origin: An already unhappy woman who lost her husband and seven children in a house fire set by an oven burner she left on while slipping out to have one single, solitary day of peace. Her guilt and pain will make even bad guys weep.
Notes: Later tried to join the Downer Duo, but everyone was so depressed by having to change the name that she left and the duo itself broke up.

Hero Name: Guy Super
Real Name: Guy Super
Power(s): None (but can tell a great story)
Known Weaknesses: hors d’oeuvres and older women
Catchphrase: let me tell you a story…
Currently Active: Yes
Origin: after college his sister invited him to a dinner party where he regaled the guests with tales and humorous anecdotes. It went so well he was invited to another party and another until his schedule for the next six years was full.
Notes: An ordinary guy with an extraordinary name. He battles boredom at cocktail parties and informal shindigs with anecdotes, witty remarks and the occasional pun. Also known to “spice things up” with a cape and spandex even when it’s not a costume party.

Hero Name: Captain Socks
Real Name: Montgomery Fulcrum
Power(s): Nakedness?
Known Weaknesses: Shirts, Pants, Underwear, and Cheez Whiz
Catchphrase: Nudist to the rescue!
Currently Active: No
Reason: Serving time for public indecency
Origin: Decided a cape and socks were enough of a costume to run around the city in. Public decency and the BCPD disagreed.
Notes: He was banned from most public places. He tried to salvage his reputation (and dignity) by adding a trench coat and changing his name to Flash. Several years of court battles over trademark infringement followed. Finally he changed his name to the Skin-y Avenger and briefly joined Colonel Clash as the sole additional member of the Fashion Police. By then, though, the general public had long ago forgotten about him. The BCPD, however, had not.

Hero Name: Corporal Punishment
Real Name: Timothy Putz
Power(s): encyclopedic knowledge of death penalty cases and the ability to bore you with even the most interesting details
Known Weaknesses: Free lunch
Catchphrase: the sentence was death
Currently Active: Yes
Origin: paralegal who got interested in death penalty cases and believed he could talk villains out of committing crimes
Notes: team ups with Major Payne generally consist of a long night in the bar telling dental and legal war stories. It has been suggested that Major Payne also posses an invulnerability to boredom.
Should Corporal Punishment ever want to turn from his “heroics” he would most like talk/bore himself out of doing it

Hero Name: The Cinder Kid
Real Name: Steve Nelson
Power(s): can turn his skin red hot
Known Weaknesses: a bucket of water
Catchphrase: Is it hot in here or is it just me?
Currently Active: Yes
Origin: He and his friends played too close to nuclear waste as kids. He formed the Wünderkids with his childhood playmates: Leaf Boy, Super Grout, Glasgow Hustle, and Leroy.
Notes: Has a hot temper along with hot skin. Regrets accidentally burning down his parent’s house, and hopes to make it up to them somehow. Currently other Wünderkids keep him in check. Financial troubles may take him down a different road if the BCPD is not vigilant.

Hero Name: Leaf Boy
Real Name: Arthur Donan Coyle
Power(s): can grow leaves all over his body
Known Weaknesses: Autumn and weed killer
Catchphrase: Leaf it to me
Currently Active: Yes
Origin: Played too close to nuclear waste as a kid along with the other Wünderkids.
Notes: is always trying to prove his powers are worthwhile and an asset to the team. Growing leaves does not provide a battle ready skill, particularly since it takes him a full minute to grow just one. Watch for an evil turn if frustration goes too high.

Hero Name: Super Grout
Real Name: Greg von Schwimmer
Power(s): creates a thick paste from his hands that once dry is waterproof and extremely hard.
Known Weaknesses: Before it sets, water. After it sets lack of maintenance
Catchphrase: That’s what I’m talking a-grout
Currently Active: Yes
Origin: Played too close to nuclear waste as a kid along with the other Wünderkids.
Notes: Funds the group through his side business. Basically he branded his secretions under the label WünderGrout and sells them to local hardware stores. Rumor has it that his grout has taken a substantial hit in quality lately. Further investigation into the Wünderkids finances should be enacted as soon as possible.

Hero Name: Glasgow Hustle
Real Name: Colin Smith
Power(s): Speed
Known Weaknesses: Candy Bars
Catchphrase: “Hustle Up or Hustle Down, I’m takin’ ya out, ya Clown!”
Currently Active: Yes
Origin: Played too close to nuclear waste as a kid along with the other Wünderkids.
Notes: the most gifted of the Wünderkids powers-wise, but the least gifted with insults and witty repartee. Is constantly trying to prove his wit and often makes a fool of himself because of it. Will be dangerous if his ego gets the best of him.

Hero Name: Leroy
Real Name: Leroy Jones
Power(s): Hypochondria
Known Weaknesses: Everything
Catchphrase: I think something’s wrong with me.
Currently Active: Yes
Origin: Played too close to nuclear waste as a kid along with the other Wünderkids.
Notes: While he has no real powers, he somehow holds the Wünderkids together

Hero Name: Captain Guts
Real Name: James Meek
Power(s): Running away
Known Weaknesses: Danger
Catchphrase: “Hey, what’s that over there? Yeah look over there… It’s really interesting and dangerous and-”
Currently Active: Yes
Origin: Received the nickname in college after a drunk frat boy tried to be ironic. Has never lived it down. Tried to own it by becoming a hero and thus remove its power, but consistently running away has not improved his image.
Notes: Constant teasing from other heroes and villains may make him volatile. Watch out for his limit.

Hero Name: Save Yourself
Real Name: Lester Thwett
Power(s): cranky motivational speaking
Known Weaknesses: Hotel Donuts
Catchphrase: you can do it, victim
Currently Active: Yes
Origin: Out of work motivational speaker thought he could get more work if he pulled a publicity stunt. Didn’t work, but won’t stop trying anyway.
Notes: Frustration could take this guy over the edge at anytime. Watch closely

Hero Name: The Shining Sun
Real Name: George Toole
Power(s): happiness and warmth
Known Weaknesses: clouds
Catchphrase: I’ll shine on you
Currently Active: Yes
Origin: while in high school the unpopular but upbeat and unflappable George was dared to swim in Farning pond (the one that glows at night from all the toxic waste dumped there). Before George could respond a jock shoved him in. He survived, but his skin has possessed more than a healthy glow since.
Notes: the Shining Sun seems too happy to ever turn to crime. He’s always upbeat and never down.

Update: After spending a great deal of time with the Dower Duo his happiness powers were low when Cloudmonger his nemesis attacked out of nowhere and revealed that the jock who had pushed him in the lake was Samuel Mope, Captain Dismal. The Shining Sun’s rage flared and he beat Captain Dismal to within an inch of his life. Finding that rage fueled his powers more than happiness he went on a destruction spree. The Wünderkids were called in and opposed him. Leaf Boy’s powers were augmented, but that meant little in the fight. Super Grout tried to wrap The Shining Sun up, but his grout dried out before he could get into place. Leroy died in the midst of the fighting (or claimed he did) and The Shining Sun was only subdued when Miss Urable proved Captain Dismal was not the jock in question and seeded the clouds with her misery so that it rained. 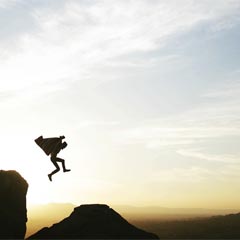