Word soon got around that Jeremiah had “gone funny” or could “no longer keep track of his marbles,” but these speculations did not come from Amelia. Francis had been “dropping some eaves” near the door and heard everything. He was not a malicious man, even once Amelia had scorned him, but men who lack imagination tend to fear and envy those who have it. If Jeremiah fell into the camp without marbles, Francis did not wish to be pulled in by association, particularly when a few drinks had loosened his tongue.

Instead of words of wisdom and valor and high opinion, Jeremiah’s name found company with ambiguous, mediocre, or downright mean words.

When Jeremiah called a press conference at Stapleton’s theatre to announce his automatic conscience, most of the crowd had already forgotten his achievements. They came only for the spectacle. The little boy calling out from the crowd didn’t help. Jeremiah had planned a live demonstration, but with everyone in the crowd laughing it didn’t seem likely to help.

A few days later, with the town turning against him, Jeremiah called in a favor with the mayor. Mayor Brewins, for his part, took the opportunity to square the Ferris wheel deal—for which he still had not paid Jeremiah—by trying out the automatic conscience. Jeremiah brought Mayor Brewins and three reporters from local papers into the workshop. He sat the mayor down on a chair in front of his workbench where a number of tools and implements had been laid out.

“Will it hurt?” Mayor Brewins asked, nervousness seeping into his voice.

Attached to one side of the workbench by clamp was a telescoping arm. On the other end of the arm, a medieval-looking helmet with several knobs and switches had been attached. Jeremiah pulled the helmet toward the mayor.

“Well, I can’t say much for your fashion sense,” Mayor Brewins said.

“This is just the applicator,” Jeremiah replied. “The automatic conscience itself will fit seamlessly into your hair. It’ll be unnoticeable.”

Jeremiah placed the helmet on Mayor Brewins’s head and began to fiddle with the knobs and switches.

“Oh,” Mayor Brewins said with an excited trill, “something is happening!”

Jeremiah smiled. “Should just be a pleasant buzz on your scalp. Give me a few minutes to tune it to your mind…” Jeremiah turned one knob this way, that knob another. “There. Done,” he said at last.

Jeremiah took the helmet from Mayor Brewins’s head and gave him a hand mirror.

Mayor Brewins fussed with his hair for a few moments. “Why, I do declare, I don’t see or feel a thing on my head!”

“How do you feel?” Jeremiah asked.

The mayor sat and thought for a moment. “Hmmm…what a wonder you are, Jeremiah! I’d say my moral intuition has increased fivefold.” He smiled and looked at his reflection in the mirror again.

“Is there a way to tell if someone’s wearing an automatic conscience?” one reporter asked.

Jeremiah smiled. “Only by the increase in morality.”

“And whose morality is that?” another reporter asked.

Jeremiah looked crestfallen for a moment. “I—I—I’m not sure what you mean,” Jeremiah said, then recovered with, “It heightens the natural conscience in each of us.”

“How do you remove it?” the third reporter asked.

“Yes,” Mayor Brewins said, “I’m afraid it might be uncomfortable in bed.”

“No, sir, you shouldn’t notice it except for increased moral aptitude,” Jeremiah said.

“But if he wanted to, how would he take it off?” the same reporter asked.

“I’d recommend he leaves it on at all times,” Jeremiah said.

“So there’s no way to take it off?” the first reporter asked.

“It’s just not meant to be removed…”

Jeremiah mulled for a minute.

“No,” Jeremiah said, “it’s just that it’s meant to stay on your head and help you all the time.”

Jeremiah showed the mayor a motion, much like removing a hat from the head. “That should easily remove and reapply the conscience, but, again, I recommend you leave it on at all times.”

“I jolly well better not forget where I put it!” the mayor said with a laugh.

“He won’t need the helmet to reapply?” the third reporter asked.

“No,” Jeremiah said. “Since it’s already been attuned to his mind, he won’t need the applicator again.” 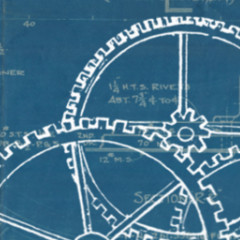