Sheila turned off into the alley. She walked briskly to avoid as much of the suffocating rain as possible, though as she was already soaked through, it hardly mattered.

About two-thirds of the way down the back alley she put a key into a lock, turned it, said a silent prayer, and pushed open a creaky door. The smell of must and dust affronted her nostrils as she made her way to the kitchen. She’d emptied the pockets of her patchwork coat before she left home.

As she entered the kitchen a noise stopped her in mid step. She stood as if she had looked on medusa, stone still except for lips murmuring hushed prayers. Her foot hovered above the floor. Water dripped from her coat with a pit pat to the tile beneath it. The noise she heard could have been the creak of a floor board or simply the old house settling, but she couldn’t be sure. Everyone was supposed to be out.

Minutes of stark silence later, relief rippled through her body. She lowered her foot to the floor and resumed her mission. She went to the refrigerator and pulled out cheese and cooked sausage and fruit. She stuffed her pockets and pushed an apple into her mouth. But she stopped in her tracks as she saw a large slab of beef sitting in a tray. It was too big to stuff in her pockets, but too good to pass up. She pulled the tray from the refrigerator slopping blood on to the floor and her patchwork coat in the process. She found a knife and began to cut the slab into pieces, cutting one for each of her children.

“Brenda? Is that you?” called a boisterous voice from the outer hall. With barely enough time for Sheila to look up the voice was followed into the room by a similarly boisterous man. His stomach swelled with a lifetime of fine food. His ruddy complexion confirmed a taste for fine wine. “I thought you were off on-” He stopped when he saw her and the links of sausage hanging out of her coat pocket. He cleared his throat and looked down. “I hardly think my brother would approve.”

His eyes looked up to her hands, stained red with the meat, then up to her face. “You’d never see them again if you were turned in,” he said.

She picked up a hunk of meat and threw it at him, then followed it with the knife. She turned and ran, knocking the meat tray to the ground in her haste. She slipped and slid on the blood as she made for the door and out into the rain. She didn’t stop or look back. Fists balled up and clutched to her chest, she ran. The rain washing the blood from her hands and body and coat in little red droplets. A red trail followed her as she ran, dissolving to nothing almost as soon as it hit the ground.

Three children rose to meet her as she opened the apartment door of a glorified tenement. Stick thin and showing far to many bones, they hugged her before she could even take her soaked coat off. She pulled water-logged cheese and sausage and fruit from her pockets. The children stuffed food in their mouths like a miner stuffs dynamite into a bore hole. When the children neared their bursting points the youngest, Sally, walked over to Sheilah and threw her arms around her. “That was the best meal ever!”

Then each of the older children in turn walked over and hugged their mother. Sheila held back both the tears and the words she told herself she’d say on the run home. After she kissed them and put them to bed she packed a bag and headed for the front door. As she reached for the knob it opened.

She looked up into the ruddy, round face of the man from the kitchen. His right arm was in a sling and his shoulder bandaged. A few spots of red sullied the brilliant white.

Two burly lackeys stood behind him.

Sheila dropped her bag and stepped backward. “No, Uncle,” she said to the man, “please don’t.”

“I cannot have my niece stealing food from me. It just won’t do.”

“Pish-posh none of that matters.”

“Stop, just stop. I came to have my say and after the events of today I think that’s the least you can grant me.”

“Yes, Uncle,” she said. She held her hands together and bounced uneasily from one foot to the other.

“When I saw you this afternoon I was ashamed for you,” he said, “but after you left I was more ashamed for me. Whatever you might have done in your past, whatever I might have disapproved of… The greater sin was mine… I thought that by shutting you out, pushing you to poverty it would break you and show you that I was right. But whatever higher ground I might have stood on fell out from under me this afternoon. How could I push you to that life and call myself right?” He took her hands in his. “I’m sorry, my dear. So very sorry.”

“You came to apologize?”

“And why’d you bring the-?” She pointed to the burly lackeys standing behind him.

“Oh them? Well… I had hoped to entice all four of you to come and live with me. They’re here to help with the move… that is… if you’ll come.”

Sheilah began to cry, “but your shoulder, and-and I stole and-and-”

“Hush, hush, my child, nothing an old dingbat like me didn’t deserve. Now let’s begin packing. I’d like to have you all settled in before the night is out.”

Tears rolled down her cheeks as she looked up to heaven and whispered a prayer of, “Thanks.” 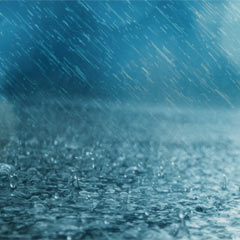