Spitzfu: a martial made up of completely original poses NOT taken from Karate Kid plus spitting.

The rumor in high school about Jackie kissing Sam which caused Jackie’s boyfriend Rich to break up with her. Jackie did not date me afterwards.

The job where I was Director of Logistical Awesomeness at a startup that didn’t exist.

The land of Pluma where the flowers all bloom into ferocious cats and the nights are filled with screaming.

My girlfriend Molly whom I dumped Sarah for.

Molly’s sister Catherine whom I simultaneously dated while dating Molly.

My neighbor who had a bit part in a movie with Chuck Norris.

The fact that I met Chuck Norris.

The fact that Chuck Norris beat me up.

The bully who beat me up in seventh grade… Well technically he was real it’s just that “he” was a “she” and she was in the fifth grade.

The medal I received in the army.

The patches I got as a Boy Scout.

The third place trophy in Mrs. Hindel’s 4th grade spelling bee. I was actually twelfth place, right behind the kid who only spoke Japanese and had just arrived from Osaka.

Samantha whom I dumped both Molly and Catherine for.

Every other girlfriend I ever told anyone about

Except Gertrude. It was during our awkward years. She grew out of them quickly. I did not.

The prior commitment I had when Clara wanted to get coffee.

The phone number I gave Clara when she asked for it.

The reasons she wasn’t good enough for me.

The self-worth I felt when I broke her heart. 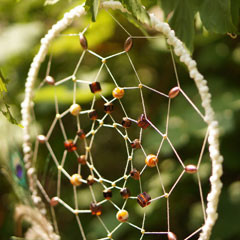 I made this story up… mostly…