Wonder who the scavengers Gideon and Sarah faced in the Stars Are Calling were? Learn about them and come face-to-face with Boss Clawf in Six Zeroes

Inmates poured out of the giant hole into the forsaken landscape of the asteroid. They’d be dead inside seven days, but even death seemed better than continued service in the gulag. Colonel Kilmer and two of his men, each armed with a sniper rifle, stood a safe distance away.

Each inmate they hit vanished.

After the second or third inmate disappeared, the rest stampeded.

The man aiming for Fishmonger fired.

The man fired again and this time Fishmonger disappeared. “Sorry, Sir,” he said. “The other guy moved in the way as I fired.”

“Sir,” the other man said, “these inmates are just going to die.”

Kilmer smiled. “Sure, Sergeant. Have fun. Switch to bullets.” Kilmer touched a few buttons on his tablet and disappeared the same way the inmates had. The sergeant and the corporal smiled at one another, then reloaded their weapons and fired.

Kilmer stopped in the center and tapped a few buttons on his tablet. All six former inmates felt a jolt of electricity. After the screams died down, Kilmer spoke. “Welcome. You are now all employees of the Colonial Federation.”

In unison five of the six former inmates spat. Though most tried to spit on Kilmer, none reached him.

“I thought you might feel that way.” He dialed up the voltage and zapped them all again. “Your restraints have been fitted with a behavior suppression system. When I press this button,” he tapped it again, “you all feel excruciating pain.” He turned to one of the criminals, a burly man a half-foot taller than everyone else and three times as strong. “Yes, even you, Mr. Wisk. You may have dulled your sense of pain through steroids and other modifications, but you’ll be glad to know we’ve found a way around that.”

The former inmates breathed heavily and pulled on their restraints.

“Ok,” Kilmer continued. “Now that you all have a reason to listen to me, lets discuss a few more ground rules. Number one: I don’t have to hit this button–if any of you tries to attack me or any of my soldiers, the restraints are programmed to shock you automatically. Fight through the pain, you think? Well, each time you do it, it’ll get worse. Eventually it’ll kill you, or leave you brain-dead. The techs were a little unclear on the final outcome. Either way, you’ll be useless to me and I’ll jettison you into space.

“Now, each of you was recruited for some special talent you possess. Mr. Wisk here is as dumb as an Ox, but as strong as ten of them.”

“Clearly,” Kilmer said. He gestured to the next former inmate, a slender man whose hair was whispy and thin. His skin was mottled with scar tissue. He had no eyebrows. “Mr. Filigree here is a pyromaniac, calls himself ‘Pyrite.’ He’s an explosives expert and generally annoying individual. He also possesses pyrokinesis. Bought, I’m certain, through the most legal means. Those bags on his hands are lined with asbestos. I hope that you don’t want to have kids, for so many reasons.

“Ms. Samantha Gerard will be your commander in the field.” Kilmer indicated a dark-skinned girl in her late teens. Her hair was cut close to the scalp for efficiency. She had a dangly earring in her left ear and a bad attitude. “An expert in logistics and engineering, she’s already performed more bank robberies in her teens than all the rest of you put together.”

“–is our disguise and infiltration expert,” Kilmer continued, unperturbed. “I’d hardly believe she was a woman if I hadn’t seen the scans myself.”

“Scans can be faked,” Masq said. She was currently a light skinned blond woman, who seemed like she could wrap any man around her finger.

“And Anthony Fishmonger, half-man, half-machine. He’s replaced half his organs with cybernetic versions. Former biotech professor on Ashkelon, if the rumors are to be believed.”

“They’re not,” said Fishmonger. Most of his modifications were internal, except for his right eye which had been replaced by a disconcerting camera and an orange light.

The guy who’d been quiet the whole time coughed. All eyes turned to him and his wan smile. He was scruffy, thin, tall, and looked very out of place, like an accountant in a biker bar.

Kilmer turned to one of the bodyguards who’d entered with him. “Kill this nobody.” The body guard lifted his weapon.

“Wait, okay, that was a bad lie, and I really shouldn’t lie to guys with guns. My name is Hero.”

“What are you in for?” Fishmonger asked.

“Named after your Mom?” Pyrite asked, gasping with laughter.

“What landed you in the max system? What are you, a Moorvat or something?”

Kilmer, who was still fiddling with his tablet, stopped laughing. He turned to the man next to him. “Double his restraints. I want him on camera every second.”

Kilmer and his men rushed out of the room.

“The soldiers, you idiot,” said Gerard.

“So you, like, turn red and get laser-proof when you’re angry?”

“Not exactly. Anger’s often a trigger, but–“

Everyone laughed except Cy. “Yeah.”

The night continued in much the same vein. Eventually Kilmer killed the lights in the room, and they all took that as their cue to sleep.

The lights blazed on as smoke, noise, and commotion filled the room.

Find out what happens next… 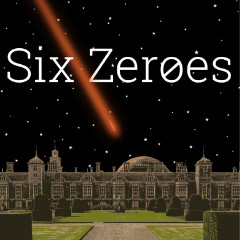