The Stars Are Calling publishes August 23rd catch a sneak peak below.

Gideon leaped headlong at the spaceship’s wreckage some five hundred meters away. “Cover me,” he shouted into the comm.

Sarah pulled twin plasma pistols out of her hip holsters and laid on the triggers. She fired each in rhythm with the other’s kickback to keep Gideon covered. She’d gotten used to covering her partner’s foolishness over the last few months. As Gideon landed on the wreckage, she breathed out a sigh and a curse. She kept firing as he ran along the ship  and finally slipped inside.

The scavengers who’d just arrived looked like they’d had training, not the usual Ftharans, ex-cons, and dregs of humanity. They pulled their ship into place between the scavengers scuttling along the ship and Sarah firing on them. The shields caught most of Sarah’s shots, deflecting them away.

Inside the wrecked Postal Carrier, Gideon headed for the cargo bay. The artificial gravity held his feet to the floor. Although life support seemed gone, the ship’s systems had repressurized the interior. The ship’s crew must have ejected a decade ago.

“You find anything yet?” Sarah yelled into her comm while still firing at the scavengers.

“I didn’t survive two decades in law enforcement by being hasty,” Gideon said.

“You sure didn’t survive it by being smart.”

“Or separates them forever,” she said. “That how you lost your previous partners?”

“Some of ‘em. Corruption and promotion took the rest.” They had only been partners for about half a terrestrial cycle.

Gideon walked around the corner and into the scavengers, weapons out. Gideon jumped back behind the corner of the wall. Plasma fire singed the walls and ceiling. “Federal Postal Inspector!” he shouted through his suit’s speakers and on a wide broadcast so anyone could pick it up. “Stand down!”

They answered with a volley of plasma fire. When the shots abated, he chanced a peak around the corner. He spotted five scavengers and a modified liftbot before he had to pull his head back.

Laughter accompanied the scavenger’s return plasma fire this time. Gideon pulled his second blaster from its holster and flipped off both targeting aids. Gideon could clean slugs off a balloon at three hundred paces in a strong wind, but he’d never killed a man. By tactics, ingenuity and sheer luck, he’d always brought his man home alive. Most postal inspectors had more marks on the undertaker’s wall than on their government paperwork. “Five. Four. Three.” He leaned back and prepared to spring. “Two,” he continued. “One.” 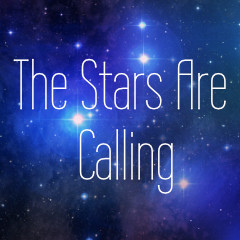 Two cops on the forgotten edge of the galaxy