Jennifer stepped forward and flung her arms wide. The ball-like Pitheons had never seen such a gesture and cowered behind their makeshift walls. Jennifer took the opportunity to grab the Gresnon gem from its setting in the center of the cave room and run. The Pitheons collectively realized their mistake and sent out their psionic tendrils to restrain her. But the Gresnon gem had been revered by them for a reason. It dispersed any psionic projection near it.

Jennifer finally reached her sister’s body. It ticked and twitched along with the psionic tendril embedded in her head. Jennifer stuffed the Gresnon gem in her pocket. She walked up to the fat, little Pitheon whose tendril had taken up residence in Sarah’s mind. She came close enough that the tendril dissipated and then kicked the Pitheon like a soccer ball down into the group of Pitheons who’d followed her from the gem’s chamber.

Sarah stopped twitching and let out a groan. Jennifer picked her up the best she could and they hobbled back to their ship, angry psionic tendrils dissipated all around them as the Pitheons tried to recover their most sacred object.

As Jennifer placed Sarah in the co-pilots chair, Sarah groaned again. “Next time, you’re the bait.”

Jennifer smiled and set a course for home. 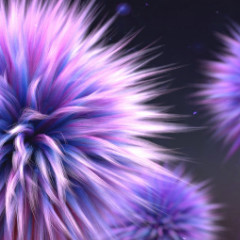