Like when you’re young and feel that all you have to do to become famous is write a book because you’ve never read a book by anyone who wasn’t famous.

As if Santa had come to your house and left your ten year old brother a brand new bike, your sixteen year old sister a brand new car, and yourself nothing, not a lump of coal or an IOU, but nothing. You had been forgotten by the man who made it his mission not to forget people.

Like when you hit your thumb with a hammer and want to scream obscenities but you know that your kindergartener is in the other room and will hear you and repeat all of the bad bits to your wife who won’t even let you pee without asking permission first.

Like a jigsaw puzzle that your child threw around the room and lost some pieces but also tried to find most of them and stick them back near but not actually in the jigsaw puzzle box.

As if the ice age had fallen in a single night, covering the world in a thick layer of snow and that world blanketing snow had been turned yellow by the horrors of a pack of wild, rabid dogs.

Like a morbidly obese man who can’t stop eating not just because he likes food but also because his mother left him in the house alone as a child for days on end and he could only find comfort during those long and lonely nights in the refrigerator.

Like an immature email address chosen in youth and now too embedded in everyday life to be changed despite the fact that it outs your now long dead love for Mrs. Howell from Giligan’s Island.

As if a diving bird had snatched an entire loaf of bread out of your hand and then taunted you with it by staying just out of reach.

Like a writer who tries to hide his own crushing insecurities by pointing out bad writing whenever possible in hopes that people laugh with him and not at him. 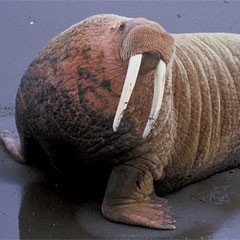 This story is as overweight as a Walrus on a fast food diet who’s tied cinderblocks to his tail and won’t rester until he’s tasted every type of lard that exists.