The Man with the Squirrel Pants

That is until the day nuts the size of dorm room refrigerators attacked the city. Average citizens ran and hid, but not this guy, he put on his pants and prepared for winter.

Seamus and the Big Melon

Moral: MonRemus is a weird middle name and You’ll lose your melon if you give in to peer pressure

Once there was a man named Stinky Steve. He got that name mainly from the terrible stench that followed and preceded him wherever he went.

Generally people would run away from him when he came near, but one day there was a boy whose foot got caught on an upturned piece of sidewalk while he and all the other children were running away from Stinky Steve. As Stinky Steve approached, the boy was almost overcome by the stench, but was able to say, “Dude, take a shower. You stink.”

Stinky Steve stopped and thought for a moment. He hadn’t had a shower in nearly twelve years. His last one was just before he happened upon that skunk’s nest. He promptly went home and bathed. It took a while, but he eventually go all the stink off. Soon people invited him to parties again and he was able to walk almost anywhere without people running away from him screaming. And he was happy.

Moral: When you don’t shower no one wins.

Ben and the Straw

Once there was a boy named Ben who had to drink his milk. He liked the taste okay and all, but he’d still sit there for hours whining and complaining and arguing with his parents about whether he had to finish it.

Then one day his Dad brought home a silly, twisty straw. Suddenly, Ben would have two or three glasses of milk finished before his Dad had finished cutting Ben’s meat.

Then all sorts of things changed. Ben started feeling stronger from all that calcium, and he started doing better in school, and then he tried out for the football team and became quarterback, and his grandma’s cancer went away, and his parents won the lottery, and Ben was elected president of the world! All because of a single, amazing, silly, twisty straw!

Ok, besides the “stronger” and “doing better in school” things none of the rest happened, but Ben did end up meeting a nice girl in college and getting a good job in the plastics industry making industrial tubing. He now lives in Hoboken and has three kids.

Moral: Whether you embellish or not silly, twisty straws are awesome. 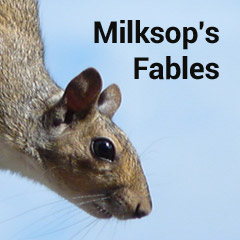