“It seemed to be yesterday.”

“What happened? I think I deserve some kind of explanation.”

“I took the pill, I know what happens—what’s going to happen.”

“Well, what can I say? You become a horror show.”

“Holly, just yesterday I asked you to marry me and today you’re trying to kill our relationship.”

“I told you I took the pill. I saw our future.”

“A bunch of hoobity-joobity pseudo science. That’s what that is.”

“The temporal authority confirmed it.”

“Look into my eyes and tell me you don’t love me.”

“Before the pill, right? Before you saw some fanciful, mysterious future where I’m a—what did you call me? A horror show?”

“The future’s immutable. That’s how the pill works.”

“Then kicking me to the curb won’t change anything. If it’s immutable then you can’t stop me from becoming that monster you believe I’ll be.”

“You took the pill too. You saw something different? You weren’t a monster?”

“I saw a man spurned by the world. A man whose heart and soul were eaten out of him. I saw the husk of a man I chose to believe wouldn’t be me, couldn’t be me, because I believed our love could conquer even that.”

“High ideals from a man who’ll cause so much misery.”

“Then why discourage me from taking the pill?”

“I’m freaking out here. I’m not that guy. And the last thing I wanted was for you to look at me the way you are now.”

“This must be how it starts…” 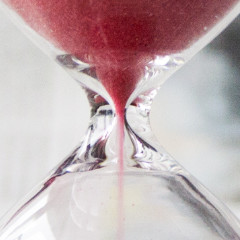