Hello, I’m Princess Lovely. You know… from the fairy tales…

First time here… at the group… I’m not really supposed to be here, you know, happily ever after and all that… but then again, none of us are… except maybe Cinderella’s step mother… Heh…

Sorry, Janice, I didn’t see you there…

But ummm… I mean, I guess the problems, started with his socks.

He’d come in from a long day of hunting and riding and just leave his socks strewn about the floor. And, let me tell you, even Prince Charming’s feet stink.

Ok, we haven’t gotten quite that bad yet, but paperwork has been threatened on both sides.

After killing a dragon for her, I thought happily ever after would have lasted a little longer.

…I’m not really sure how we got to this place, I mean… All I know is that she’ll ask me a question. I’ll answer and she’ll slap me and go off and cry…

Like the other day she asked me to clean up my socks or something. I apologized and said that I had always been used to the servants cleaning them up and wasn’t in the habit of doing it myself. She slapped me and went off on how I should help her more in the kitchen and polish my own “stinking” armor. Then she went off to the tower. I heard her sobbing for hours.

One day he picked me up in a gorgeous new carriage and took me for a ride. It was nice except he wouldn’t stop talking about it: the leather seats, the retractable roof, the iron rimmed wheels, and the suppression or suspension or something. Then he started talking about how expensive it was and how he’d gone into a lot of debt to get it for me. I told him we should take it back, that we couldn’t afford it. We fought the whole rest of the ride.

Like take this one day, I bought her this beautiful new carriage just for her. I went all out on this thing so she’d have something safe and stylish to go visit her woodland creature friends in. At first she’s only kind of impressed so I start telling her about all of the options. And she still wasn’t impressed so I started telling her how expensive it was so she’d know how much she’s worth to me, but she got all mad about it and said I had the financial sense of mound of dirt. Needless to say things went down hill from there.

The last straw though was when he forgot our anniversary. Then he got offended when I wanted to invite my stepmother to the party. He said he could take my fairy godmother and her husband, “the troll,” if he had too, but he would not deal with my stepmother. Yes, I’ll give him that she really is wicked… and changed into a dragon and tried to kill us… but still, she’s family.

So then the day before our first anniversary she gets all huffy and says I forgot the date. I explained that I thought our anniversary was the following day. I was up for like forty-eight hours straight fighting a dragon, and my dates around then are a little fuzzy. So I went to my hiding spot and brought back the candy and flowers and gifts I bought her, but then she assumed they were to make up for missing it.

She then had the audacity to invite her step mother over for dinner. That dragon lady tried to kill me the last time I saw her and it took everything I had to stop her last time. I am not having her over for anything let alone dinner. But I get some answer about her being family and that we still need to love her.

So I try to change the subject and say she should invite her fairy godmother and her husband over, but then she’s all mad because I called the husband a troll once. He really is a troll, like under the bridge and eating goats kind of troll. So I say bring him over too, but nothing solves it.

Once she gets on her soap box she doesn’t get off… she is kind of cute when she’s angry, though.

Why can’t he just pick up his stupid socks?

Why can’t she just say what she means?

Forget it. I love him. I’m just going to pick up his socks.

You know what? It doesn’t matter. I love her and come dragon lady or hamper I’m going to figure out how to tell her.

Ladies, I’m going to take a rain check on lunch.

Prince Charming… Hi… You, ummm… You doing anything later?

As a matter of fact I think I am… I’ve got some happily ever after to work on. 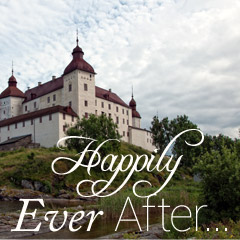 In honor of Valentine’s Day