The truck crumpled as it smashed into the spaceship’s shield.

Sam signaled his ragtag assault team. Four men, three women, and three teenagers followed him toward the spaceship, weapons drawn. Two of the four guards had run for the truck. Seventeen clumsy shots took down the two at the door, but a man and a teen fell.

Sam’s palm unlocked the door. They piled inside dragging their felled companions. They ran to the bridge, dealing with guards along the way. Once inside Sam threw down his weapon and touched the navigation console. It bloomed into life. 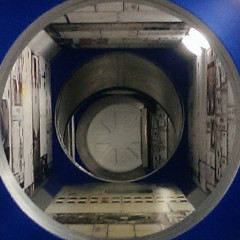