In the morning Fiz performed his tooth retrieval duties, then sought to avoid the Chancellor as much as possible. At one point when he heard the Chancellor coming he jumped into a wardrobe and pulled the door closed. After the Chancellor had passed, Fiz discovered that he had locked himself in. His yelling and banging soon brought him a savior: the Chancellor.

“What are you doing amongst these women’s clothes?” the Chancellor asked.

Fiz looked around him and saw dresses and skirts and blouses.

“Frahboppal!” Fiz yelled and strode off at an awkward speed-walk. Before he was out of the Chancellor’s sight he ran into a suit of armor sending it and himself clattering to the floor. He got up, tried to put the armor back together without any success, gave up and walked into Greg (the butler). The lunch tray Greg was carrying spilled its contents all over both of them. Fiz jumped to his feet and ran away, with soup footprints following him wherever he went. Greg groaned, got to his feet and began to clean up. The Chancellor shook his head and went on his way.

Fiz successfully avoided the Chancellor for the rest of the day, though not without hiding in a plant and pretending to have a stomach ache so he could hide in the infirmary.

That’s where Frannella found him. “Fiz! There you are,” she said. “You’ve gotta get ready.”

“The one you scheduled for Chancellor Martuke.”

“Well, I’ve got this stomach ache-”

“My Grandma’s hairy face you do.”

Fiz tried out a groan, but he could see she wasn’t buying it.

“You’re the Duke,” she said, “sometimes you’ve just gotta muscle through that fake stomach ache and get to work.”

“That was the weirdest diplomatic greeting I have ever seen.”

“Then they made me do that and-and speak nonsense and-”

“Listen to you,” she interrupted with sudden passion. “Are you the Duke or a doormat? Whatever they suggested you do, you made the call of following their advice and you are responsible for the outcome. Either commit to it or don’t but you can’t blame anyone but yourself.”

He opened his mouth to reply but she wasn’t in a mood for his excuses and stomped off.

He closed his mouth and watched his girlfriend walk away. As she turned the corner and went out of sight, he mumbled, “I’m the luckiest man in the world.” 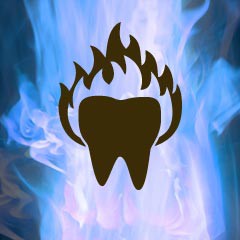