Lilly woke; not from sleep, but from monotony. For a long time she could not put her finger on what was different. Then she noticed that if she moved her head, the light moved, or rather, she realized, quite the opposite–it stayed where it was. Her head movement changed the perspective of where the light came from. Instead of surrounding her, there was now a direction, a way to go: toward the light.

Lilandra picked James up at the park-and-ride on the outskirts of town. She made him ride in the trunk. Normally James would have protested, but the clandestine feel of the night’s plans made him readily agree.

At the University, she parked in the spot reserved for a distinguished professor. As she stepped out of the car, Fowler met her. James could hear his arrogant, nasal whine even through the metal casing of the trunk.

James heard them talking, though he couldn’t make out the words. Then he heard footsteps walking away, two pairs. He pushed on the trunk. It didn’t budge. Just as despair and claustrophobia began to set in, he heard a muffled woman’s voice: “Oh shoot, I forgot my lipstick.” Then the click-clack of high heels on pavement, a car door opening, and the gentle release of the trunk latch. A sliver of street-light illuminated the trunk. James breathed a sigh of relief. He recited Boushwoum’s laws of tachyon charge to himself until he was certain they were gone, then lifted the lid of the trunk and slid out onto the ground.

He leapt from shadow to shadow, attempting to stay concealed, but any drunk fraternity brother could easily have pointed him out. In fact, several did happen by and pointed and watched as James crept to the door.

James put the code Lilandra had given him into the door of the lab building, which clicked open. From there he wandered the halls until he came to the chronometric lab. As he walked toward the door, Fowler and Lilandra opened it. James panicked and jumped behind a trashcan.

Fowler got out his keys to lock the door, but Lilandra took him by the arm, gently pulling him away from the door. “Oh, Al,” she said in a coquettish voice. “Tell me again about that Wolf prize.” They walked off down the corridor, discussing his prize and whether the coffee machine would take a five.

James sneered at Fowler’s idea of a date and mouthed a “thank you” in Lilandra’s direction. He stole into the lab. Everything looked eerily familiar, but just a bit off, like visiting your childhood bedroom as an adult. After a minute of searching, James found the equipment he was looking for.

He typed furiously on the computer, recalibrating the equipment for his own purposes. As he finished the calibrations, he noticed a folder on the desktop labeled “Ketchup”. James had always kept his calculations in a folder with that name. It reminded him of Cassy, how the numbers and equations would spill out too quickly for her to grab a pen, how he’d sometimes come home to a cold dinner in a dark house with ketchup calculations drying on the table.

He opened it. The folder was filled with formulae, spreadsheets, diagrams, and computer code. As he clicked on different files, he found tachyon trajectory calculations and graphs of particle accelerations and computer scripts for menial tasks and various other figures and diagrams.

What was weird, though, was how these looked like his own calculations. But not so much the calculations as the file formatting, the way numbers were arranged. These were familiar, like he’d opened one of his own working files, but even if his previous self had come in here, there was no way he could have known any of this. Then he came to a scan of handwritten notes and recognized his own handwriting. A note he’d scribbled in a corner, which read, “Albert, this should solve the tachyon distribution problem so you can un-flummox that capacitor. Say ‘Hi’ to Lilandra for me. -Henry.”

He looked up in bewilderment and saw Lilandra standing over him.

“You figured it out yet?” she asked. 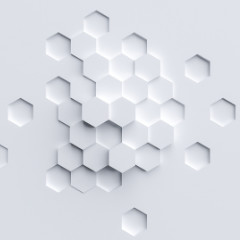