It took me longer than I’d like to admit to figure out Flo Rida’s native state.

I have never beaten the first Super Mario Brothers game even though I have claimed to on several occasions.

I ate the last HoHo.

I do not love country music even though I told you I did to get you to go out with me.

My bunny tattoo does not commemorate a little girl who died far, far too young, but the loss of a rather juvenile bet over whether a frog would hop into a shoebox of its own accord or not.

That loud fart that happened in the middle of that formal dinner when I met your Mom and Step-Dad, that was me. You probably already realized that, but that noxious smell you identified several seconds later? Also me.

I said my friend’s dog was mine because you liked animals and I liked you. His name is Buddy not Priscilla.

The song I said I wrote for you was really written by the guy who wrote Living La Vida Loca and he didn’t write it for you.

You may have figured this out, but I do not know how to dance.

I said “I love u-nicycles” because my palms started sweating and I felt an uncontrollable urge to run when I tried to tell you something else.

I know all the words to every song Britney Spears has ever sung.

Also at that formal dinner with your Mom and Step-Dad. The dog didn’t pee all over the rug, that was me… I spilled lemonade… Not the other thing.

Buddy/Priscilla did not get hit by a car before the cancer could get him.

I ate the first HoHo.

The Spice Girls are my favorite band.

The unicycle classes were the best gift I ever received, despite telling you I didn’t do them.

Buddy/Priscilla also did not contract necrotising pancreatitis while recovering from the car accident and cancer.

I have never worked in the orphan industry.

That was the worst way I could have possibly stated that. What I meant to say was I never cared for orphans.

What I really meant to say was that I’ve never been a caregiver for children without parents.

I can’t stand your Mom or that your Step-Dad is younger than us.

You do look fat in that, but that’s the outfit’s fault not yours.

Buddy/Priscilla also did not get bitten by a rabid dog and have to be put down after nearly beating cancer, the car accident, and necrotising pancreatitis.

I ate every other HoHo in the box.

Seeing your suitcases in the hall punched a hole in my heart the size of a car.

I’ve cried myself to sleep every night since you left.

I cannot live without you. 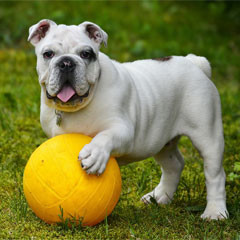 In honor of Valentine’s Day a man confesses his… well you’ll just have to read it.