Once, when I was a little girl, I saw a unicorn… It was really just a horse with a stick glued to its head, but it was still magical.

I once thought I could travel through time, but then I found out your grandmother had just set the clocks back for daylight savings.

I once built a sand castle in the middle of my bedroom. I found sand in everything for two years.

You remember Roy, don’t you? He was such a nice drug dealer. The world just doesn’t spit out people like that every day.

Aunt Catherine and I used to play every day at the beach until mean old Mr. Collins yelled at us for climbing his fence, pouring water in his sandbox, and holding down his three year old daughter Sara until she cried and got out of the sandbox.

When I was a little girl we played Russian roulette with a tire iron and a garden spade. We never knew there was a possibility of not getting shot.

At age ten I claimed a hill and called it New Alexandria. It was quite fun until they improved the security at the dump.

I once had a kitten too, until it ran away to become Toonsy the Feral Wonder in the traveling sideshow. She was such a good cat… Even with all the biting…

Artichokes always make me think of growing up in Antarctica. I know, Pittsburgh isn’t anywhere near Antarctica, but that hardly seems to matter now.

My brother gave me the nickname “deadbeat” when I was very small and owed him a nickel. He still calls me that or he would if we’d spoken in the last twenty years. But I got the best of him. I still have his nickel.

Your father proposed to me on our wedding day, which I remember clearly because it was the same day we met. Wait, that wasn’t your father…

You know, she never quite reached puberty, no matter how long she lived.

I wish I could find a magical warlock gifted with the power of mending broken hearts and kitchen bowls.

Despite all your father’s professions, I never quite knew how much he loved me until he was gone. 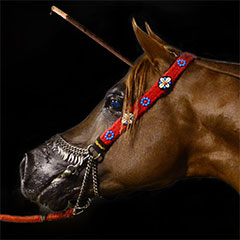