Franklin sprinkled gasoline over a heap of papers and books. In his other hand he clutched a locket carved in the shape of a bird, or, more specifically, a phoenix.

The air split with an echoing scream. Anger, desperation, and longing wrapped together in one piercing screech.

Franklin threw down the gas can and pulled out a lighter. The otherworldly wail came again, closer.

Franklin flipped the lighter open and held it there, contemplating the fiery death he planned for himself. He reasserted his grip on the locket. Somehow he knew only death would cut the connection between himself and the monster that hunted him. The locket was his only hope.

Thirty-two years ago Franklin followed Jackie deep into the narrow tunnel of the old mine where their laughter bounced off the walls. Fear and adventure pushed them deeper into the dark. Near the end of a long, high passage Jackie yanked Franklin back.

“Hey!” he shouted in protest.

She pointed to the inky black pit at his feet.

He stopped fighting her. His shout reflected back to them like a chorus of a thousand broken voices. He thought it was echoes until two green eyes opened from within the pit.

Unholy fear clutched at Franklin’s heart. “Do you see that?” he asked. The chorus of echoes grew louder. His heart beat double time.

The green eyes moved towards him, climbing out of the pit. Hot breath blew over him. Teeth glinted in his eyes. Death was in the air. Franklin’s heart reached a crescendo.

“Eat her!” he shouted and shoved Jackie hard over the edge.

He ran for his life. Her screams echoed in his ears all the way to daylight. And when he stood, panting in the sun, a voice whispered in his mind, “You’re mine, now.”

Searchers found a shredded, pink ribbon near the edge of the pit, but the pit itself was to deep to search.

That very night Franklin vowed retribution, not for Jackie, but for the fear inflicted upon him.

He made his life’s journey into a search for revenge, to name the monster he awakened and burn it alive in the fires of his rage. And so he stood, after a thirty year chase, locket in hand, with a pile of gas soaked paper between him and that which would not let him go. He would end this. He would triumph.

His hand shook as he lit the lighter. The piercing wail split the air a third time. The doors burst open and a rush of wind snuffed the lighter’s flame. As he fumbled to light it again, a small, misshapen, girl hobbled through the door. Her eyes glowed green. A piercing wail flowed from her lips, then she whispered, “You are mine, Franklin.”

Franklin tried the lighter again. It sparked but wouldn’t light.

“Your sins have found you,” she whispered. “You cannot run.”

Franklin finally lit the lighter and threw it on the pile. Flames leaped up and spread through the room.

He clutched the locket and shouted, “This ends here, Jackie. And I? I?” He showed her the locket. “Out of these ashes I’ll rise new and untainted like a phoenix. You cannot haunt me anymore.”

“Fire won’t free you,” she said. “Your soul belongs to me.” With that she strode through the fire. Her green eyes blazed as she wrapped her fingers around his throat.

The next morning the first rays of daylight fell upon the charred body of a lone man still clutching a locket, carved in the shape of a phoenix. 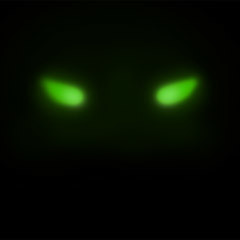 A story just in time for Halloween. (We’ll finish Differential Equations next week)