She chose invisibility. I never saw her again.

Man beaten by own clone on IQ test.

“That explains the smell.” 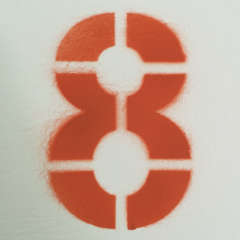