What: Deliciousness
Unit: Bacon Strip
Equivalence: The best thing you’ve tasted today = 1 bacon strip (Some have complained that this is too subjective and variable to be a useful measurement, others have eaten a strip of bacon)

What: Money
Unit: Burritos
Equivalence: Amount / price of burrito = number of burritos you could get or could have gotten

What: Deliciousness
Unit: Muffin Tops
Equivalence: 1/2 strip of bacon = 1 Muffin Top. Some have found measuring the deliciousness of certain cakes and confections in bacon strips awkward, for those people the Muffin Top was invented. It is not generally used in the presence of bacon strip adherents as it tends to incur fist fights.

What: Awesomeness
Unit: Bacon Stars (stars made out of bacon)
Equivalence: most often measured in fractions of a bacon star as little could be more awesome than an actual bacon star.

What: Awesomeness of animals
Unit: Manatee (some prefer to call them Sea Cows, but the unit is the same)
Equivalence: 1 manatee = 15 monkeys = 4 red pandas = 0.5 Walrus = 1.5 endangered species

What: Good Hair Days
Unit: Mr. Big’s
Equivalence: Your best hair day of the month x 2 = 1 Mr. Big (deep inside I hope you feel it too)

What: Heartache
Unit: ABH’s (Achey Breaky Hearts)
Equivalence: 1 ABH = 7 being alone on Valentine’s days = 2 moments just after she dumps you (Note: it is unclear whether this unit was named from the emotions evident in “Achey Breaky Heart” or the emotions that result from listening to the song.)

What: Breakups
Unit: Swifts
Equivalence: 1 Swift = 2.7 Epic Break ups (it is unclear whether this unit results from the breakups that often form the subject matter of Taylor Swift’s songs or whether it results from each male’s deep sadness over never having had the chance to have Taylor Swift break up with them.) 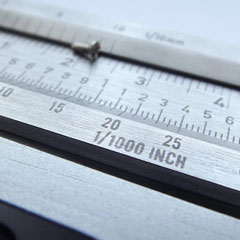